There is simply no fictional (or real) weapon that is cooler than the lightsaber. As a kid, I wanted one baaaaaad. As an adult? STILL WANT ONE.

Well this prop is about the closest thing I'll come to actually having one... unless science figures a way to make a plasma blade.

It could be a while.

While this isn't the first prop I recreated, it's one of the most recognizable, and one of my favorites. The crazy thing about it, is it's a super simple prop to recreate, you just have to get the parts.

In the world of Star Wars, this is the lightsaber that once belonged to Anakin Skywalker, but was handed over to Luke by Ben Kenobi. 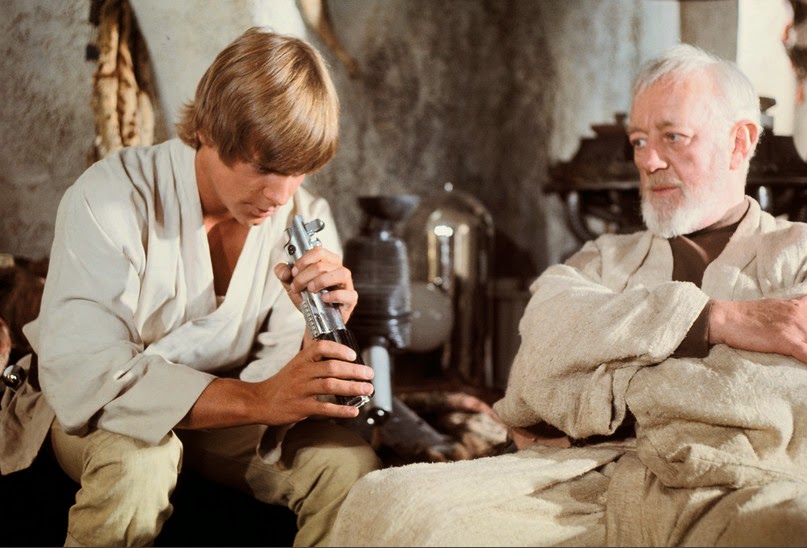 As I stated in the previous post, most of Luke's lightsaber is made up of a Graflex 3 cell flash. I got mine from a member of the RPF (Replica Prop Forum). I wanted one that looked as pristine as possible, and didn't want to take a chance with Ebay. It worked out great. The flash I received was in really good shape. 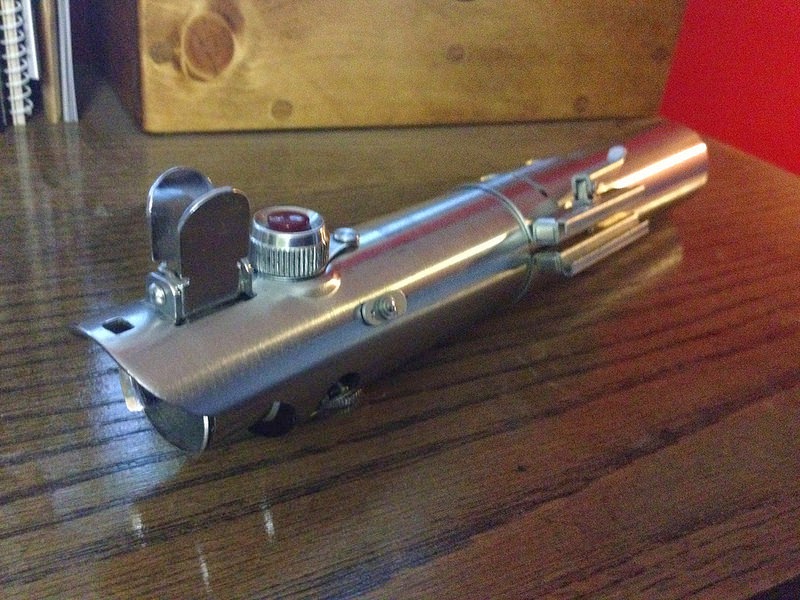 The original prop was built by Roger Christian. The abbreviated story goes that he walked into a camera store and found a box of old graflex flash handles. He took them back to the shop, added the bubble strip from a 70's calculator (Exactra brand) and then glued some cabinet t-track for grips.

George Lucas then gave his approval and added his own charm... a D-ring to clip to a belt.

No one knows exactly what kind of T-track was used, but a guy on the RPF called "Gino" took measurements from the original, and had replica's made. I picked up a set from him, bought an exactra Calculator off Ebay, and got a D-ring from another RPF member who had ones similar to those seen on screen.

So first I had my friend Dan drill me a hole for the D-Ring and Rivet... 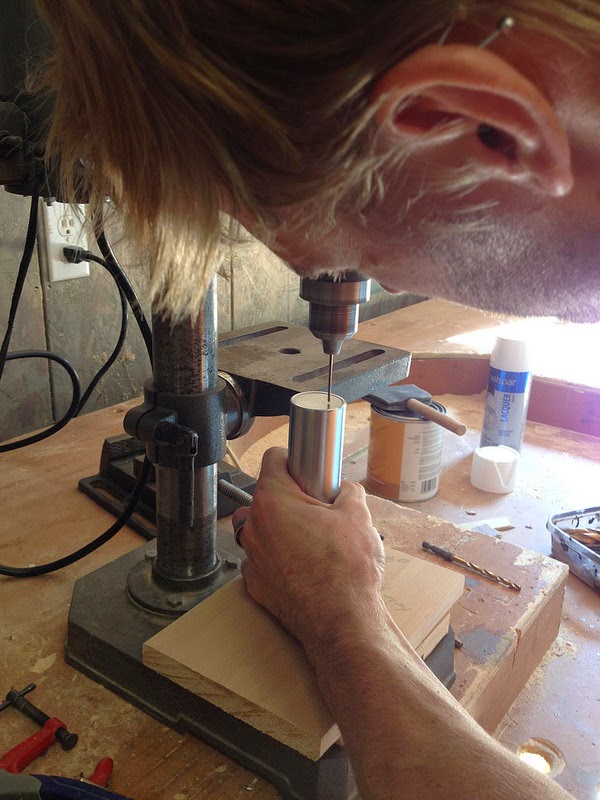 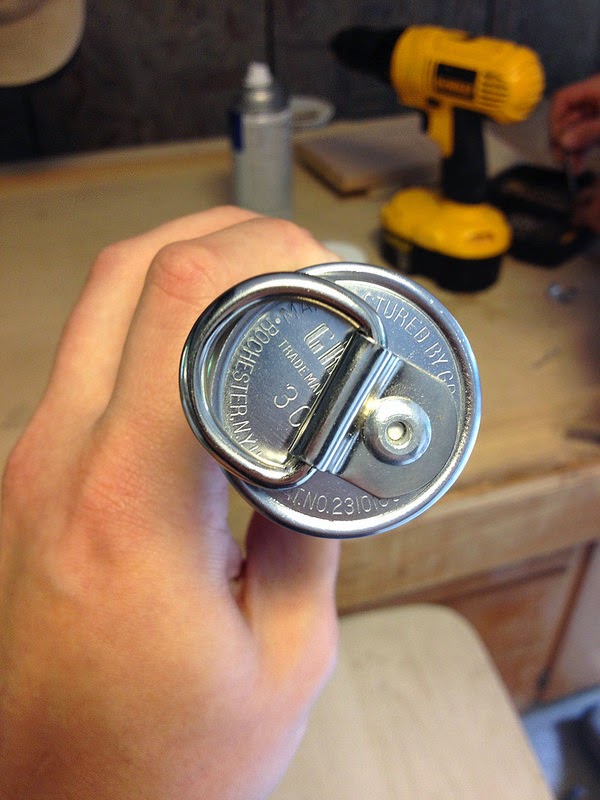 I then cut the grips to the correct length, and then sanded down the corners at an angle... 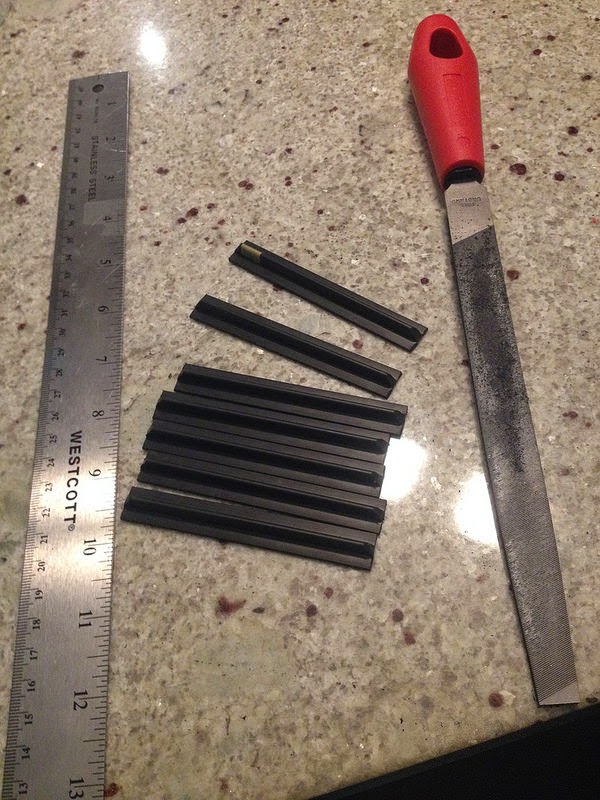 And then glued them to the bottom half of the Graflex 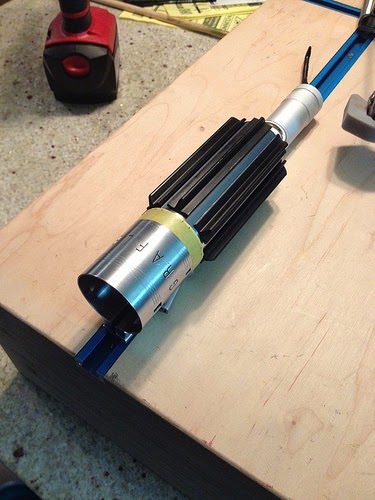 I had TWO Exactra calculators - an Exacta 19 and an Exactra 20. 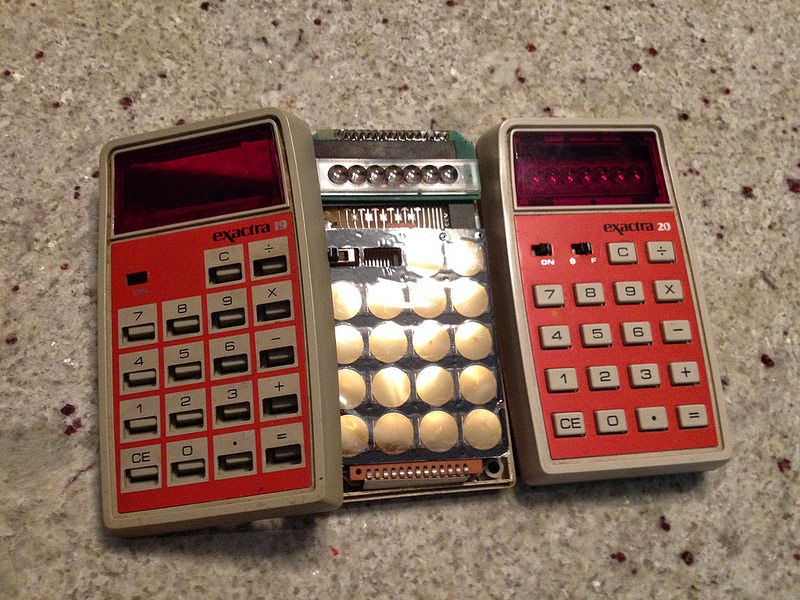 The 19 had clear bubbles, so I used those for this saber, and saved the frosted ones for another saber. I don't think anyone knows for sure if the strips were clear or frosted, but I prefer the look of the clear. 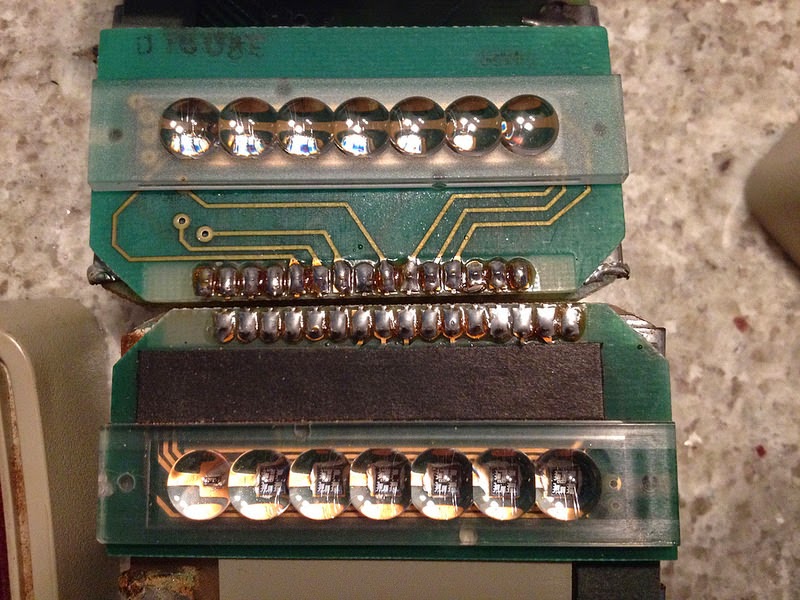 I cut them to length and sanded the back down so it would fit in the clamp of the flash. 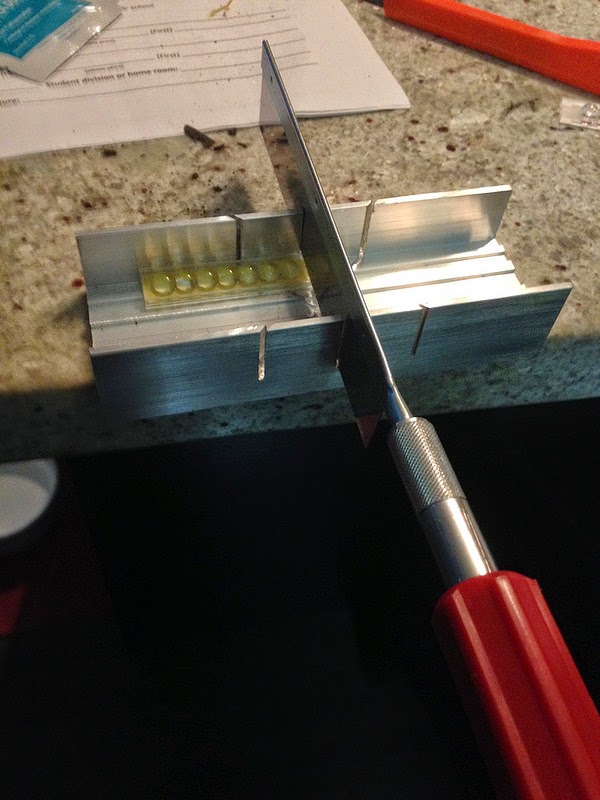 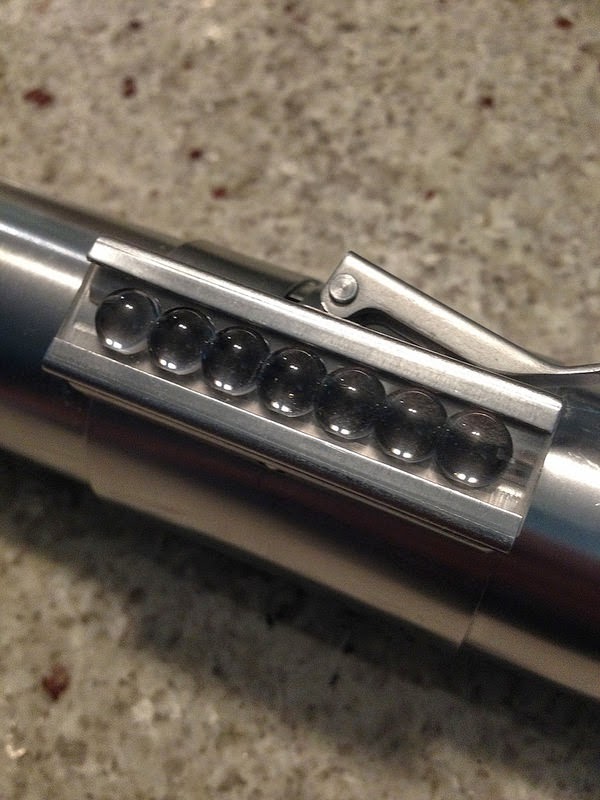 And with that, it was done. Pretty easy, but still damn cool.

Here is a comparison shot of the original (top) and mine (bottom)... 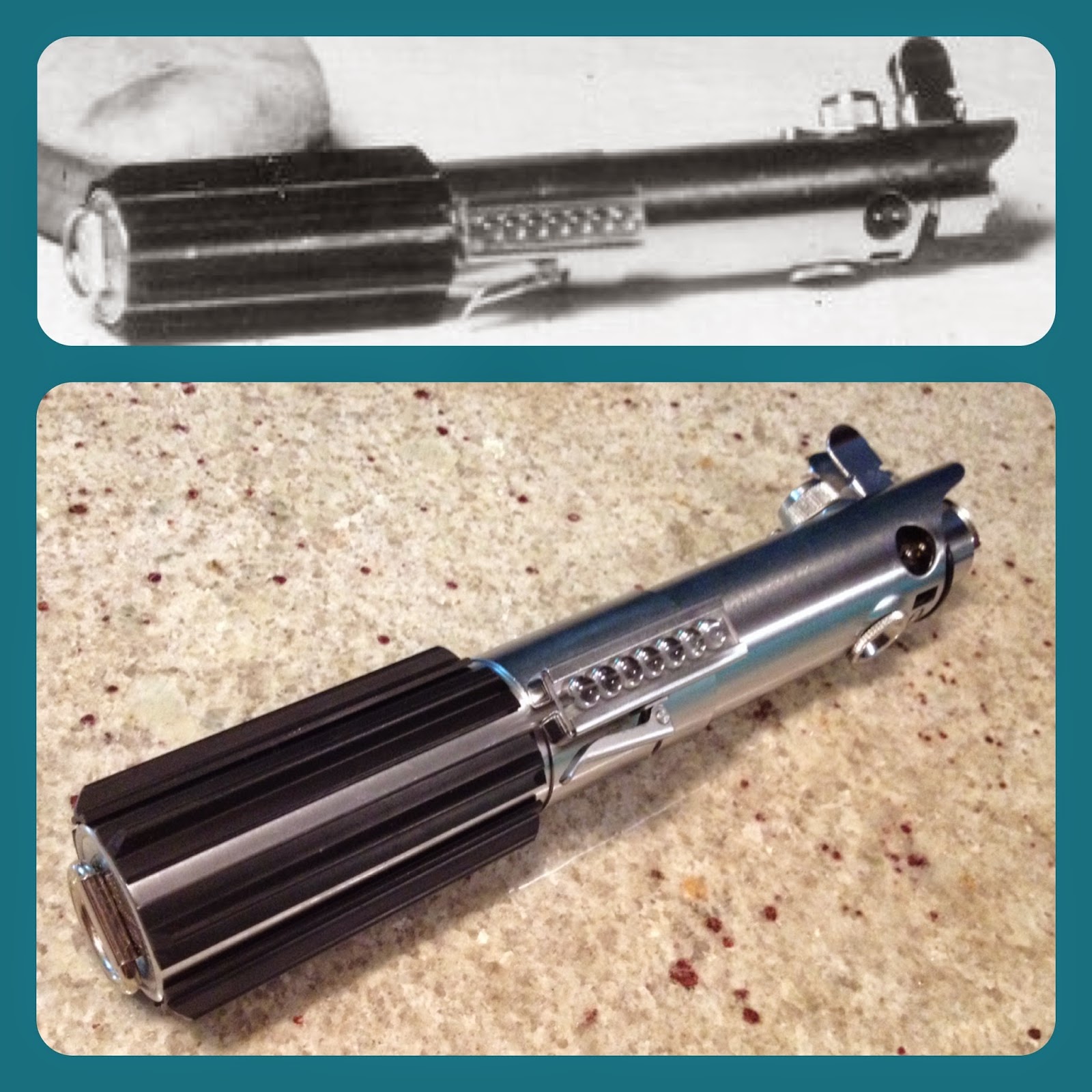 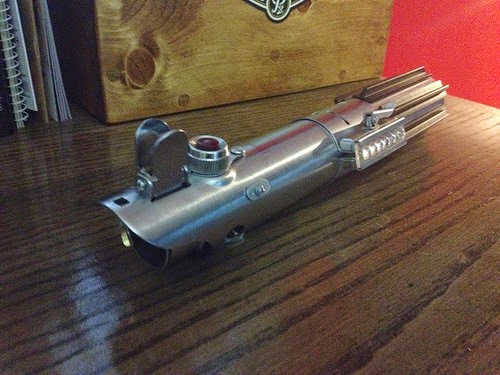 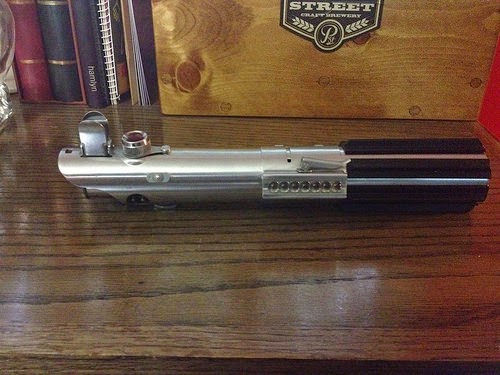 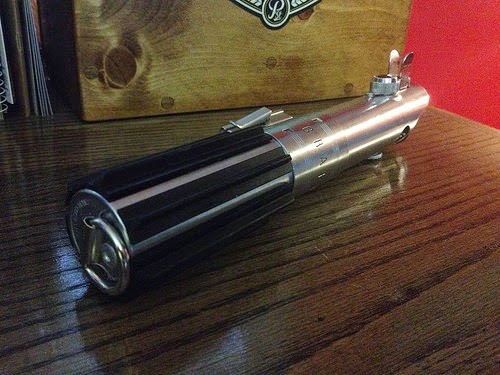