The Wonderful World of Props - Part 2

So in January of 2013, I found myself laid off. It was a weird time of sleeping in, laying about doing nothing, and surfing the internet. I was going pretty stir crazy.

Then I found some guys blog, no idea how, where he had written a post about building Luke Skywalker's lightsaber from original parts.

I was immediately interested.... I had a replica of Luke's lightsaber on my wall, and I liked it a lot, but I never considered that the real prop was made from anything special. Figured it was just a metal/plastic pipe with buttons.

Well thanks to this guys site, I learned that Luke's saber was built on an Old Graflex Flash from a 4X5 Graflex Camera. 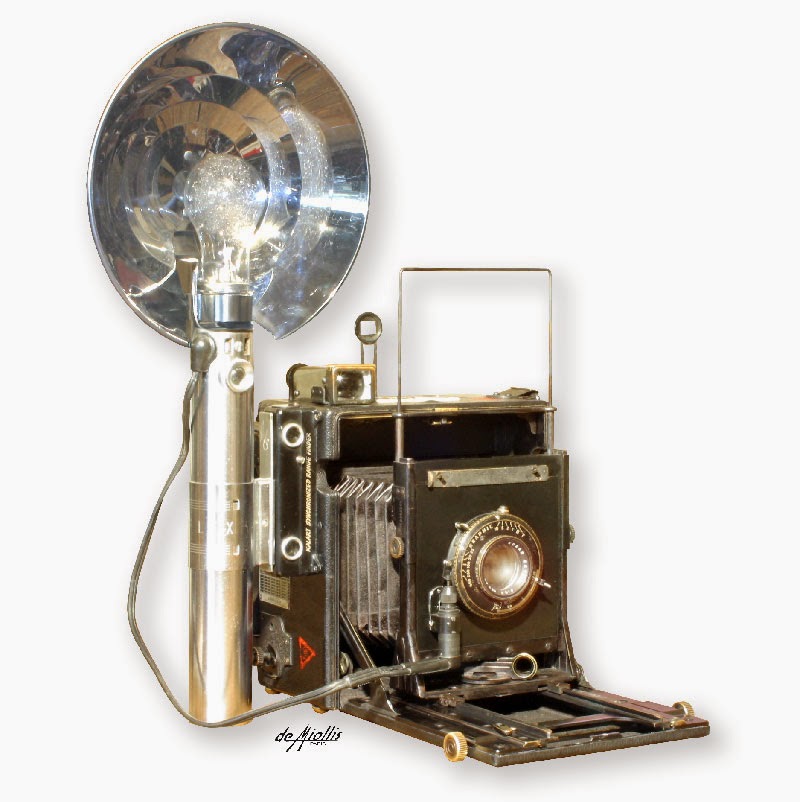 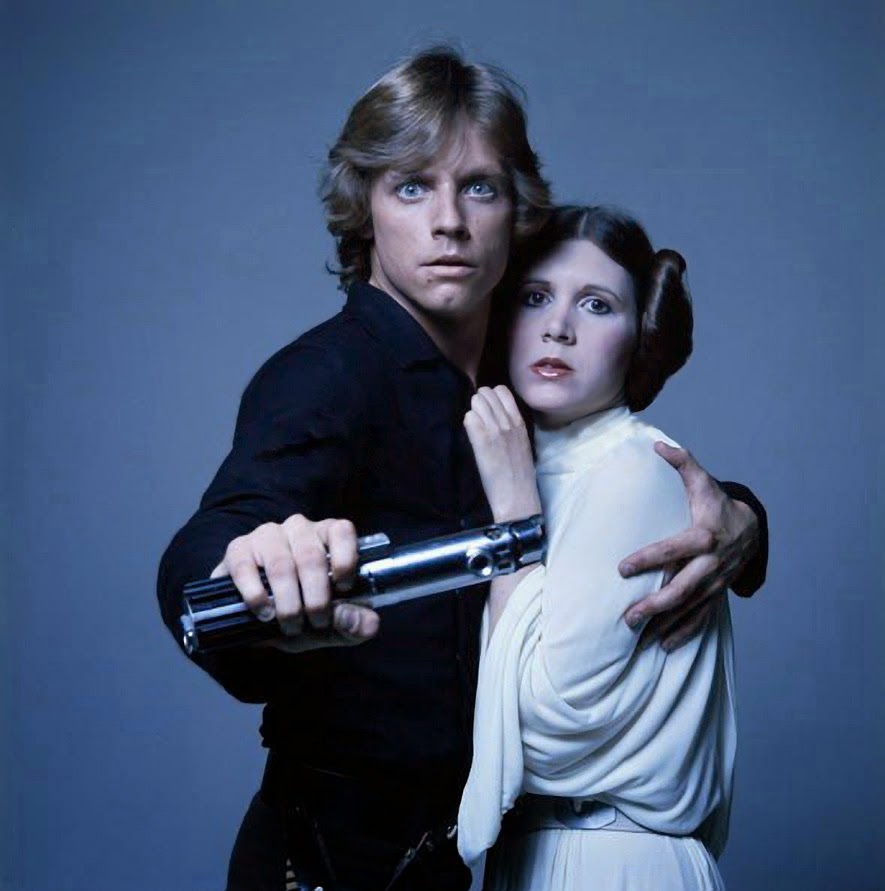 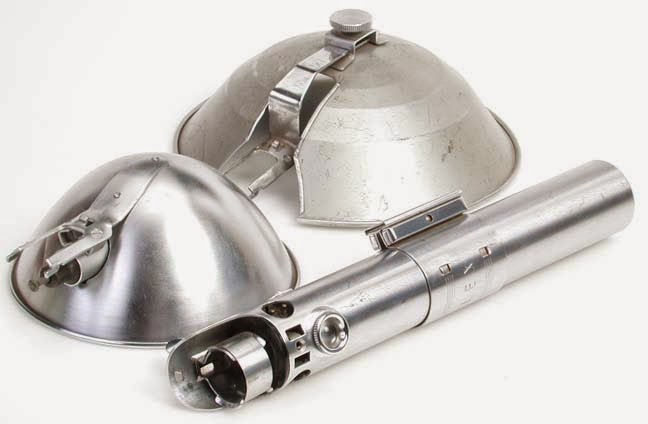 So... if I could FIND one of these flashes, I could start building one JUST like they used on screen? 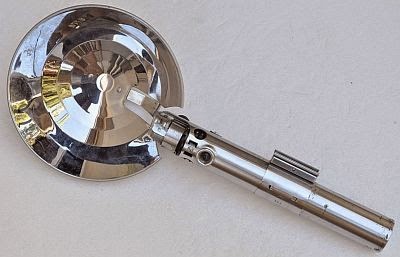 According to the guys site, the little glass bubbles were from a 70's calculator, and the black grips were windshield wipers (WRONG).

I immediately began my search (though I was unemployed and couldn't buy anything) and thusly discovered the Replica Props Forum... The RPF. 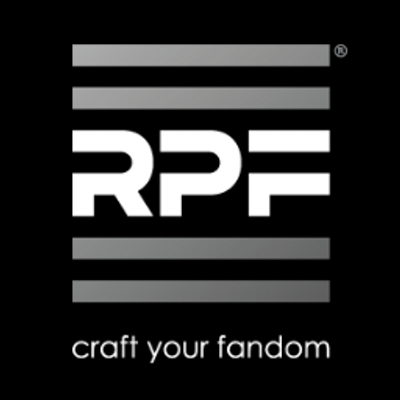 I spent DAYS reading up on the origins of props that I've always liked... and the RPF was a really cool and creative community as well. I was hooked.

I started making lists of parts, reading up everything I could about lightsaber props. I figured it would be really cool to actually collect ALL of the lightsabers from the original Star Wars trilogy - not replicas made by some company in China, but recreate them from the same vintage parts the original props were built with.

My wife, Arlyn, probably thought I was losing it (may still) but she has her knitting hobby, so I think she gets it.

And I finally get what was going on with Hank in Breaking Bad when he was crippled and became obsessed with rocks. 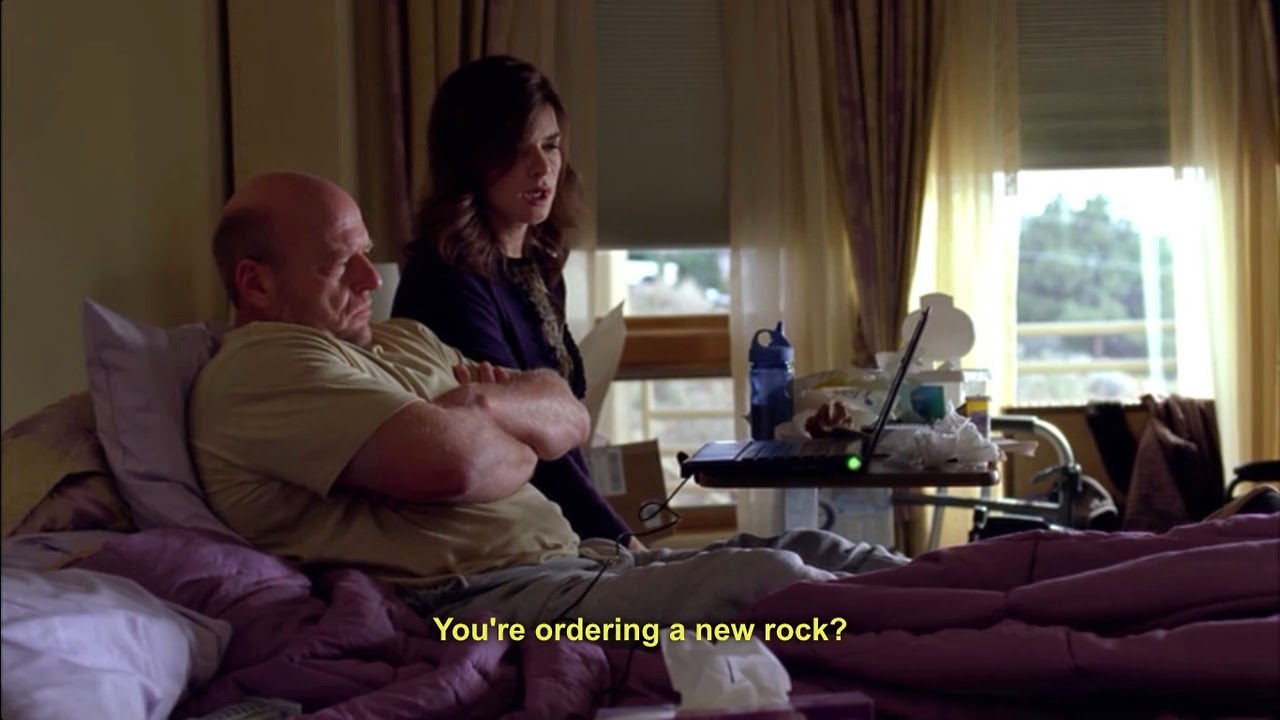 I've now been a member of the RPF for almost 2 years, and the prop collection is growing. So just for shits and giggles, I'm going to do a few posts on the ones I've completed or ones that I'm currently working on.

This site is about to get a lot nerdier.