I know I say this every year... but THIS year let's make it count!

As I write this I'm listening to Bruce Timm talking about developing Batman for the WB... What am I doing with myself!?! 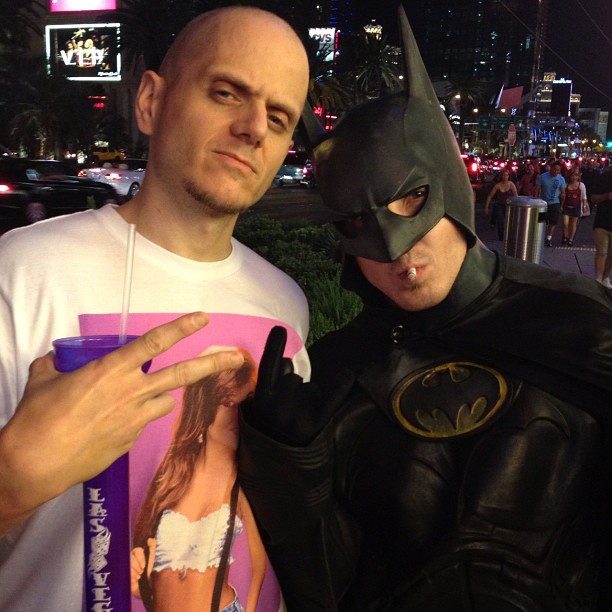 Well I'm gearing up like crazy for a bunch of personal projects... Just been a bit distracted with the wedding...

I couldn't love this more...

This has been making the internet rounds, so it's likely you've seen it SOMEWHERE else before here, but I'm going to post it anyway simply because I love it. A guy has a conversation with his 12 year old self...


I must have watched this at LEAST... 4 times now... Which doesn't sound like much, but it's actually a chore for me to get through most Youtube vids... so there you go.

There was a recent episode of "The New Girl" where two of the characters played a video for one other character that he had recorded several years earlier, warning him about getting back together with an ex girlfriend (does that make sense? Try to keep up...)

Anyway, it was a brilliant idea, and one I wanted to rip off on "Kneel Before Pod"... have Kev, John and I talk to ourselves in the future... Something we could look back on years later.

Then this vid comes out with a guy who did it already, starting 20 years ago.

If there's still a youtube 20 years from now, It's ALL going to be people talking to themselves from the past.

As they say... "Today, you win the internets"
Posted by Ellery VanDooyeweert at Friday, July 06, 2012 No comments: